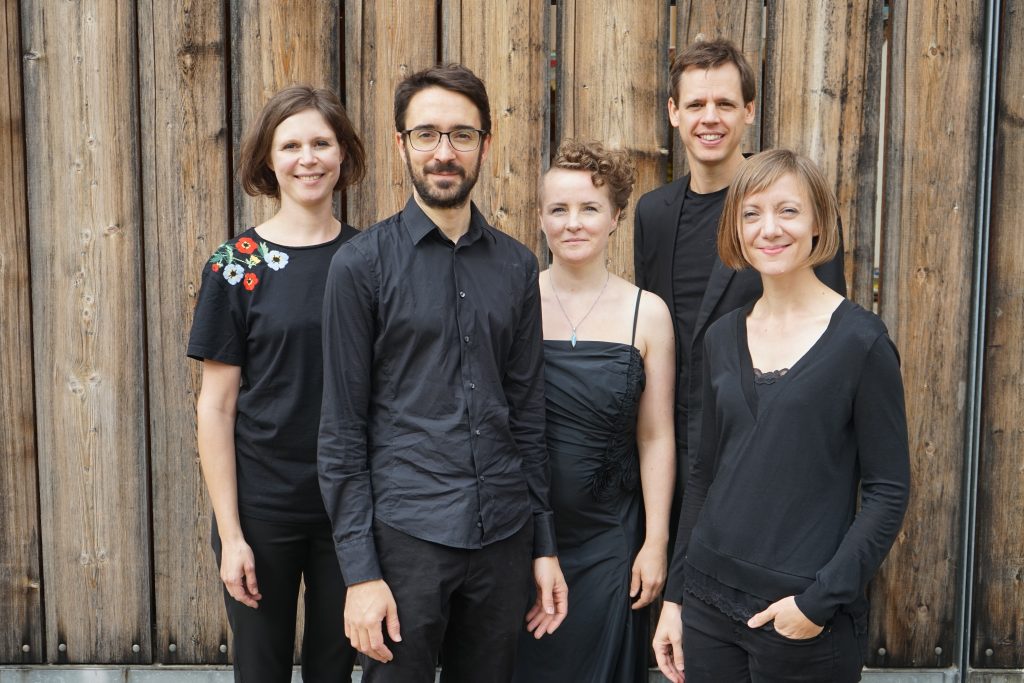 Eunoia Quintett – helping to shape the sound of our time

EUNOIA (“beautiful thinking”) is the shortest word that sounds all five vowels. This compressed beauty can also be found in the instrumentation. With soprano, trombone, cello, percussion and piano, the Eunoia Quintet represents all instrument groups and covers a wide range of timbres.

A finely tuned sound is important. From the commissioning of a composition to the rehearsals and the performances, the focus is on the examination of the timbres. The instrumentation makes it possible to bring out contrasts in timbre and create a genuine group sound.

The combination of voice and instruments determines and extends the repertoire possibilities. In ensemble pieces the soprano voice becomes an instrument that fits into the mini-orchestra, in music-theatre works the instrumentalists become storytellers. Versatility is the quintet’s strength: Eunoia represents chamber ensemble, opera company, orchestra, choir and much more.

The Eunoia musicians came together during their Master’s degree in contemporary music at the Basel University of Music. The quintet is based on close friendships and a shared passion and commitment to New Music. Since Eunoia was founded in 2011, the quintet has performed at various international concert venues, including the Gare du Nord Basel, Wien Modern, Philharmonie Luxembourg, La Scène nationale d’Orléans, Zeiträume Basel, BKA Theater Berlin, Rheinsberger Pfingstwerkstatt Neue Musik, Stanislavsky Electrotheatre Moscow, as well as in Frankfurt, Zurich, Bern, Geneva, Lausanne, Winterthur, London, Edinburgh and Manchester.

A great deal of interest is shown in the close collaboration with living composers who write for the instrumentation. Together with them, the five musicians want to make the sound of time audible and help shape it. The notes are not received passively, but the musicians are actively involved in the creative process. In this way the music performed becomes “their own music”, written for their strengths and preferences. This sense of originality and personality is communicated to the audience.

It is just as interesting to work with young as with established composers: Eunoia is committed to the young generation. The projects with composition students have proved to be extremely fruitful for both sides: for the composers and the quintet members.

Eunoia often commissions work series that are related to a specific theme. The concert programmes have already been praised for their well thought-out conception. In 2012 and 2013 the projects “Carte postale” and “Anew” took place. For the 2013/14 season, Eunoia was the ensemble of the season at the Gare du Nord: the six-part concert series successively focused on one vocal each. A total of nine new works have emerged from this series. 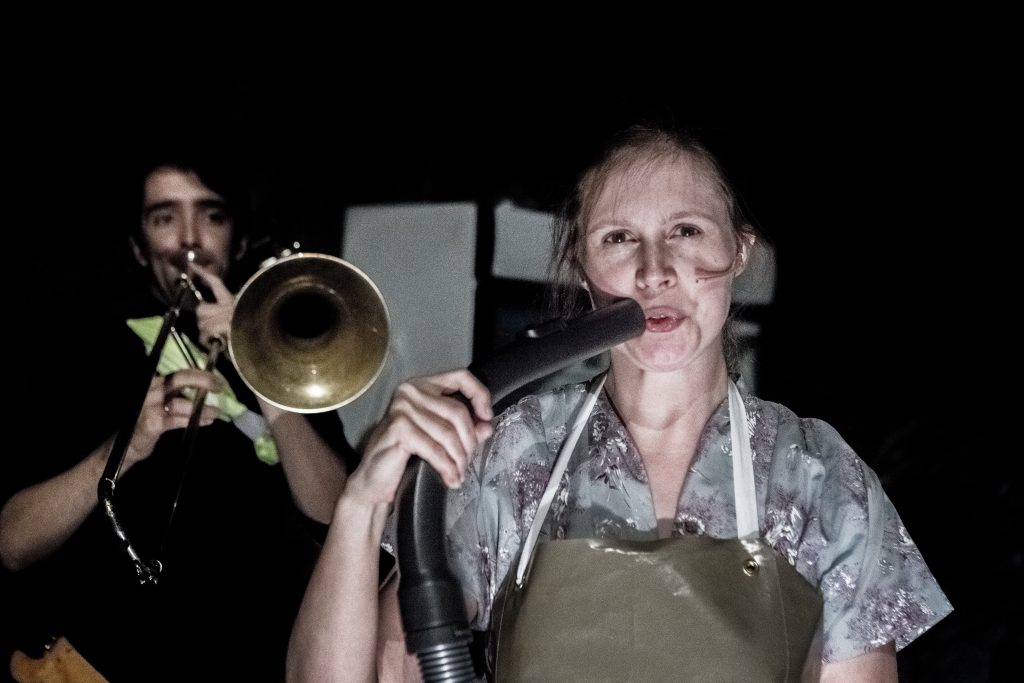 In 2014/15, the Eunoia Quintet was engaged by the Berne Concert Theatre for the interdisciplinary production “Das brennende Haus”. In 2015 they became prizewinners of the Concours Nicati, the most renowned competition for contemporary music in Switzerland. In 2015/16 the ensemble toured with their own music theatre production by Carola Bauckholt and Dmitri Kourliandski. With the Japanese composer Chikako Morishita a large musical theatre is planned again for 2022.

The quintet attaches great importance to collaborations with other artists: in 2016 Eunoia was invited by Ensemble TaG from Winterthur to participate in an exchange project. In 2017 the quintet played joint concerts with the Ensemble Contrechamps from Geneva. Also in 2017, the Eunoia Quintet has realized a joint performance project with the festival Zeiträume Basel, the Gare du Nord Basel and the composer François Sarhan, which will be performed in Basel, at Wien Modern, at BAM! Berliner Aktuelles Musiktheater and at Festival Scène nationale d’Orléans.

As an ensemble founded in Basel, it is important to the musicians to further anchor Eunoia in Basel. In addition, however, there is also the desire to establish the quintet nationally and internationally. Their own passion tempts the musicians to constantly break new ground and to abolish the supposed boundaries between the different art forms. Coupled with the wide range of projects the quintet tries to address a broad audience.

In autumn 2020 the Eunoia musicians will again present a new concert format including exciting premieres – “Eunoia plugged”.
In 2021, the ensemble celebrates its 10th anniversary with a series of concerts at the Gare du Nord.
For 2022, the ensemble creates its own music theatre production with the composer Chikako Morishita. Performances are planned in France, Luxembourg, Basel and Great Britain.
The Eunoia Quintet is also planning a first CD recording with exclusively their own works.